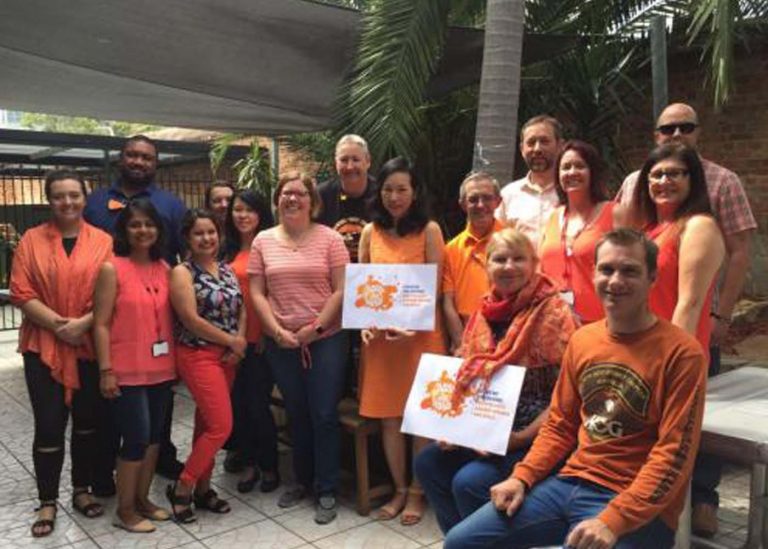 Evolve Housing staff celebrate orange day as part of the 16 days of activism. At Evolve Housing we are committed to raising awareness and creating opportunities for discussion about challenges and solutions of violence against women.

From 25 November, the International Day for the Elimination of Violence against Women, to 10 December, Human Rights Day, the 16 Days of Activism against Gender-Based Violence Campaign is a time to galvanize action to end violence against women and girls around the world.

“Leave No One Behind: End Violence against Women and Girls” reinforces the UNiTE Campaign’s commitment to a world free from violence for all women and girls around the world, while reaching the most underserved and marginalized, including refugees, migrants, minorities, indigenous peoples, and populations affected by conflict and natural disasters, amongst others, first.