Board Members and Executive Team

Our skills-based board brings a wealth of industry and related professional expertise to Evolve Housing, providing sound, ethical, and legal governance and financial management policies, for a sustainable, impactful organisation.

Paul has an engineering and construction background, and more than 40 years of experience in executive management positions, advising governments and the private sector, and not-for-profit organisations.

Rhonda brings to the Board more than three decades of experience working to create better academic opportunities for youth in Western Sydney. She is a strong advocate for social justice and gender equity and in 2015 was awarded the Order of Australia (AM) for her significant service to higher education. She held the position of Deputy Vice-Chancellor (Corporate Strategy and Services) and University Provost at Western Sydney University from 1991 until her recent retirement.

Robert brings to the Board a deep knowledge of and passion for Western Sydney, having previously held the roles of CEO of Parramatta City Council, Adjunct Professor at the University of Western Sydney School of Business and Board member to Greater Sydney Parklands. He is a former CEO of Pacific Power and the Sydney Harbour Foreshore Authority and holds a number of Board positions in the private industry, not for profits and government authorities.  His expertise includes urban planning & placemaking, transformational change, strategic repositioning, restructuring, corporate governance, strategy, finance, technology, risk management, operations and human resources.

David is director of the Western Sydney Business Chamber and has served as Minister for Western Sydney, Minister for Housing and Minister for Roads, as well as Assistant Minister for Transport in the NSW government. At 30, he became the youngest person to hold the office of Lord Mayor of Parramatta, where he served for three terms. As Housing Minister, he oversaw the construction of approximately 9,000 new social housing dwellings and championed major reforms to expand the community housing sector in NSW.

Kay brings more than 25 years of experience in executive leadership, including roles at Qantas Airways, Virgin Australia Airlines, and GWA Group Limited, and her current role as principal at VeMo Consulting. Kay is a director of Keep NSW Beautiful and ASPECT Studios and a former director of CARE Australia. Kay’s key areas of expertise are organisational transformation, change leadership, commercial distribution and revenue management.

Georgina Lynch has more than 25 years’ experience in the financial services and property industry with significant global experience in corporate transactions, capital raisings, initial public offerings (IPOs, funds management, corporate strategy, and acquisitions and divestments.  Georgina has extensive executive and board experience – notably, she is the Chair of Cbus Property, which is one of Australia’s leading integrated property developers.

Georgina holds a Bachelor of Arts and a Bachelor of Laws degree. Georgina is passionate about the provision of social and affordable housing in Australia and looks forward to making a difference in the lives of our residents and the greater community.

Tim Regan is an experienced executive and non-executive director across listed, unlisted and not-for-profit companies, both growing and mature. He is the Chief Operating Officer of The George Institute for Global Health and has extensive experience in the health, property and services industries, including his role as former COO of ASX-listed Mirvac Group, CEO of TJS Services, Commercial Manager at Sydney Organising Committee for the Olympic Games, and Senior Manager at PricewaterhouseCoopers.

Tim has a range of commercial and not-for-profit Board positions that allow him to utilise his property, audit, project management, leadership and government relations experience. He is currently a Vice-President & Treasurer of Australia China Business Council NSW, and Treasurer & Member of the State Management Committee of the Australia India Business Council NSW. Tim holds a Bachelor of Economics from University of Sydney and is a Fellow of the Australian Institute of Company Directors, Institute of Chartered Accountants and Australian Property Institute. He looks forward to mentoring opportunities within Evolve Housing

Nareen Young is one of Australia’s leading and most respected workplace diversity practitioners, and is also a thinker, influencer and champion for social justice. Her work in this space is influenced by her Indigenous and culturally diverse heritages and she has received numerous awards and acknowledgements, including the inaugural Westpac 100 Women of Influence honour for Diversity. Nareen has extensive experience in executive and board roles and currently sits on the boards of Diversity Arts Australia, Souths Cares and Per Capita. Nareen has worked extensively in executive roles and was the Director and Employment Lead at PwC’s Indigenous Consulting for three years before she was appointed Industry Professor at Jumbunna overseeing research, legal reform, and an Indigenous consulting practice. As a director, Nareen feels an alignment to Evolve Housing, having led social justice initiatives her entire career.

A property professional with a passion for sustainability, suitability and energy for the built environment, Davina has led the Green Building Council of Australia since 2019. As a qualified engineer, Davina worked on large-scale construction projects in Sydney and London, and spent nearly a year building an award-winning school in the Himalayas. She devoted a decade to driving sustainability at one of Australia’s largest diversified property companies, Stockland, which culminated in Stockland’s recognition as the world’s most sustainable property company. Now leading a member organisation with 550-plus members with a combined value of $46 billion, Davina brings together practical knowledge, on-the-ground experience and a systematic approach to champion leadership in sustainable design and construction. Davina is also on the Board of the Australian Sustainable Built Environment Council and has previously served on NSW & ACT Girl Guides. The property industry has recognised Davina’s leadership with multiple awards, including from the Property Council of Australia and the National Association of Women in Construction.

Our Group Executive Team (GET) are highly qualified professionals responsible for strategic development and leadership, operational plan execution, and the high level management of people and performance.

Lyall Gorman joined Evolve Housing in May 2019 as Chief Executive Officer (CEO).  Lyall is a highly successful and well-regarded business leader with more than 35 years’ experience in senior management, project management and administration.  His career has spanned the public and private sectors, and his most recent position was CEO of the Manly-Warringah Rugby League Football Club.

He has also worked as the Group CEO of the Cronulla Sharks, the founding Executive Chairman and CEO of the Western Sydney Wanderers, the Head of the Hyundai A-League and was the former Executive Director of an ASX listed company specialising in corporate finance, corporate advisory and mergers and acquisitions.

He previously held a position at the Association of Independent Schools NSW, where he established education programs that were values-driven, sustainable and innovative and managed that organisation’s Commonwealth Government Capital Grants program.

Lyall also holds non-executive roles and serves as President of the NSW Business Chamber, Chairman of the Parramatta Parklands Trust, Board member to Greater Sydney Parklands and a Director of the Australian Chamber of Commerce and Industry.  He was formerly a Director of Cricket NSW, and also served as Advisory Board Chairman of Western Sydney University’s Centre for Research.

Philip brings more than 30 years of financial experience to Evolve. As an investment banker and chartered accountant, he has worked in corporate finance, project and structured finance and infrastructure. Philip has extensive experience in financing social and affordable housing projects, and in the development of institutional financing solutions via the Bond Aggregator model. Before joining the executive team as CFO, Philip was a member of the Evolve Board, stepping down in May 2017.

Mark brings over 30 years of experience from the NSW housing sector, including a great deal of operational management experience of Housing and Property Services. He has held positions in contract management, resident management and asset planning. Previously, Mark was the General Manager of the Housing NSW Contact Centre, leading a team of 230 staff, managing 125,000 properties, and 1.5 million interactions through telephone, email and other communication channels, as well as handling over 350,000 work orders per year.

Jitender is a dynamic leader of social housing and human services in both an operational and strategic context with a proven track record in influencing and negotiating outcomes, building partnerships and delivering timely results. Jitender holds an Executive Master of Public Administration, Bachelor of Building and tertiary qualifications in Civil Engineering. He is able to effectively manage and inspire direction and purpose with a large, diverse group of internal and external stakeholders. He has over 30 years’ experience in a range of social housing management roles both in Australia and overseas. Prior to joining Evolve, Jitender was responsible for managing Wentworth Community Housing and Community Housing (FACS) asset portfolio and asset system, including portfolio supply, developments and quality assurance and major asset improvement initiatives.

Jo is a commercially astute and energetic executive leader with over 20 years of experience in the design, implementation and management of people and culture services. Her broad experience includes talent management, organisation structure design, performance frameworks, recruitment and talent attraction, remuneration analysis, and capability and development. She is a subject matter expert in human capital change programs, driving values driven culture and optimal productivity of workforces. She is passionate about continuous improvement, wellbeing services and providing value back to our community. Jo possesses a Bachelor Arts degree, majoring in Psychology and Diploma in Project Management and is a member of the Australian Human Resources Institute and the Australian Institute of Management.

Brett brings more than 25 years of experience as a senior executive and board director across a variety of industries including professional services, finance, manufacturing, sports administration and the not-for-profit sector.

He is skilled in cash-flow and risk management and has a passion for assisting businesses develop and implement sustainable strategic plans that embrace people and culture, data and technology and diversification of revenue streams whilst ensuring strong risk management.

Brett is the current Vice President of the NSW Business Chamber, chair of their Audit and Risk Committee and Joint Trustee of the Illawarra First Fund.

Melissa is a highly capable executive leader with diverse sector experience and capabilities having worked in private practice, as an in-house Lawyer and in government.

Leading a team to create and implement frameworks to improve both the processes and the engagement between CHP’s and industry partners, Melissa has a strong passion for community service, having worked at the Department of Communities and Justice, and Land and Housing Corporation for over 4 years.

Previously, Melissa was General Council and Company Secretary leading a team of 18 across a broad span of governance and legal responsibilities. 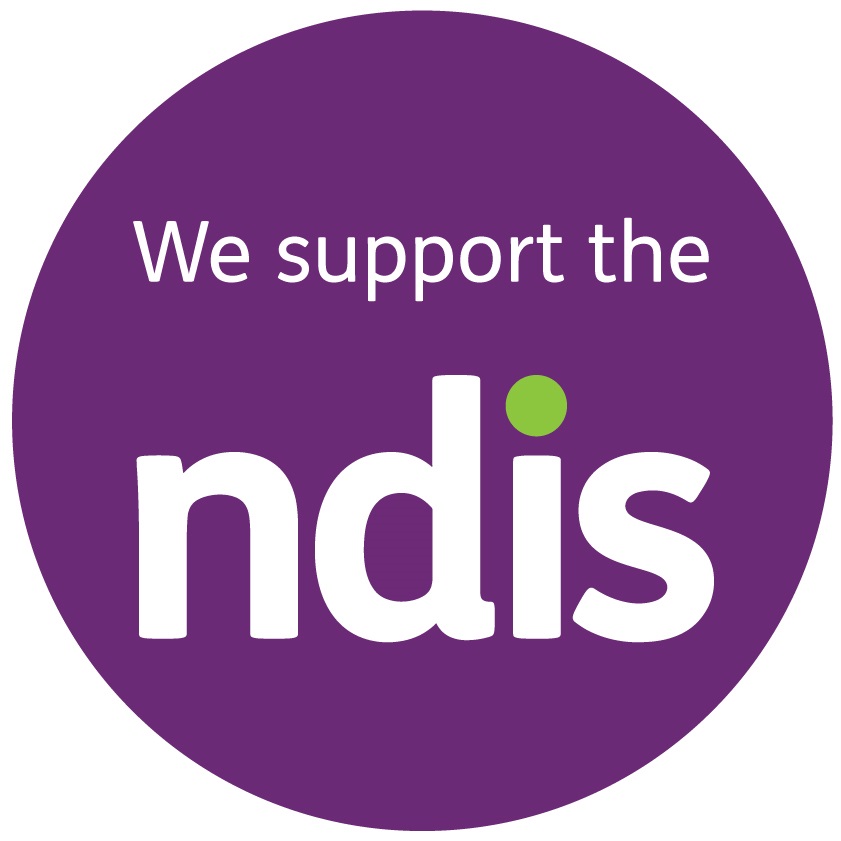